A Powerful Testimony by Jan Boshoff


In this video, Jan Boshoff shared that despite being saved, baptised in water and with the Holy Spirit; when he died, he was going to hell. Hear  the testimony of his encounter:

Jesus said in Matthew 7:21-23, “Not everyone who says to me, ‘Lord, Lord,’ will enter the kingdom of heaven, but only he who DOES THE WILL of my Father who is in heaven. Many will say to me on that day, ‘Lord, Lord, did we not prophesy in your name, and in your name drive out demons and perform many miracles?’ Then I will tell them plainly, ‘I never knew you. Away from me, you evildoers!’’

The mark of a true disciple of Jesus Christ:-


Our body is the temple of God. Before it can host the manifest presence of His glory, the fire must first burn to cleanse and purify our body so that we can offer our body as living sacrifices, holy and pleasing to God - this is our spiritual act of worship (Romans 12:1).

In our meetings, when God, the Consuming Fire manifests His presence, some attendees may have a hard time staying upright. There will also be strong spiritual manifestations of cleansing, purification and impartation.

Fire is Holy because it cleanses and purifies us to become vessels worthy of hosting His manifest glory and power. This experience with the fire of God can be very painful but needful for the purpose of cleansing and purifying so that the vessel is fit for the Master’s use.

This is a video of our AOF Revival meeting last year in New York City:-


In some Christian circles, the Good News of miracles and transformed lives does not bring excitement; it brings warning. God has been absent so long that when something powerful happens, they think it is the devil. Thus, any of us who see a miracle and declare the Good News to others often receive a pile of warnings in return about the possibility of false signs and wonders. That is a legitimate concern, as the Bible warns against them, too. But we need to remember that there has to be something real to counterfeit, as the devil is not a creator. He has no creative ability whatsoever. Instead, he is a distorter of what already exists. The very fact that the Bible warns against false signs and wonders and false prophets implies there are real ones to compare them to. 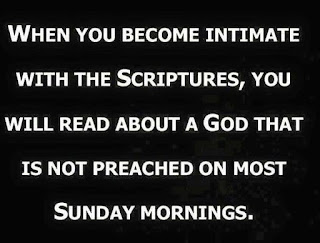 Much of the Church lives with little or no power. Believers sit comfortably with the notion that they are okay because they do not face spiritual opposition. But if I do not run into the devil now and then, I might be going the same direction.

It is true that a legally parked car breaks no laws. But this car was designed to go places and accomplish things. The fear of making mistakes and not doing a particular ministry well has paralyzed many believers, and this is a tragedy. They fail to see that perfectionism is religion (form without power). Excellence is Kingdom. Saying yes to the King is the first step in discipleship. And being driven by love makes it possible to remain stationary. 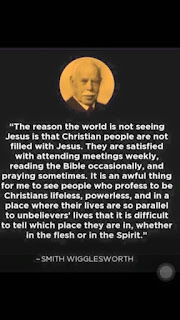 One of our greatest honors in life is to represent Jesus accurately. This is done through love, purity and power. Often what we value here on earth has little value in heaven. Believers, for example, often place their highest value on a church without mistakes (the legally parked car). Heaven values a church that has impact.

People in banking systems are trained to spot counterfeit money. Their training, however, has nothing to do with counterfeit money. They spend enormous amounts of time studying the real so that the fake become obvious. Counterfeit miracles become easier to spot when you live in the midst of the real. False prophets stand out in a crowd of real prophets.

Many think that a false prophet is uncovered when a prophetic word is inaccurate, but that is not necessarily true. Study the prophecies of Agabus in the book of Acts. He was a true prophet of God as acknowledged by the Holy Spirit, but not all the details of his word to Paul were accurate. For this reason, the believer is given the assignment to judge the word, not the prophet. The false prophet and false miracle worker are easy to spot among real because the "supernatural realm" they walk in directs the attention of the followers to themselves and not the Lord. They live to build their own kingdoms, have their own followers and entice people to live for them.

Heavenly Father, help me to represent Jesus well today. I commit myself to His standard of love, purity and power. Let these realities be increasingly evident in and through my life, all for the glory of God.

I declare that I was born for this purpose, and that it has already been decided that I should carry Jesus' presence and purpose to the world around me. I will demonstrate His live daily, and given Him thanks in advance for what is about to take place! I do all of this for the glory of God.

Our AOF Global website  www.aofglobal.com is now ‘Live’. The website provides a lot of information including the founders’ message, CV, itinerary, testimonies etc. Our global ministry and contact information is also available in this new website.

Visitors may visit the ‘online shop’ at www.aofglobal.com to purchase our ebook ‘The Arsenal of Fire’ (English) and ‘烈火军火库’ (Mandarin). The book explains our ministries in detail, reflecting God’s end time desire.

A blessed and joyful Chinese New Year to all of you 新年快乐!


The book of “Arsenal of Fire” carries His fire and glory like Paul’s handkerchief as recorded in Acts 19:11-12, “God did extraordinary miracles through Paul; so that even handkerchiefs and aprons touched by him were taken to the sick, and their illnesses were cured and the evil spirits left them.”

There had been recurring phenomena of the fire of God surging through pastors and ministers of God when they gazed at the book cover or touched the book, causing some to tremble or fall to the floor and even being healed of sicknesses. Praise God!

Ruth RL shares her testimony vide the video about the book at the recent Arsenal of Fire (Fire Starters) Meeting in Singapore.


Purchase link for the ebook.

THE PRICE OF GOD’S MIRACLE-WORKING POWER by Mario Murillo Ministries.


A young man—enthralled by the power he witnessed—ran up to Smith Wigglesworth and begged for the gift.  Smith said, “you don’t want it.  Before God is through with you, you will feel as if a thousand switch trains have run over you.”   Before God uses you greatly He will wound you deeply.

The reason for our lack of power and miracles is plain—we are just not willing to pay the price. If you are willing, the Holy Spirit will take you through the process to power.

Here then is the price of God’s miracle working power: 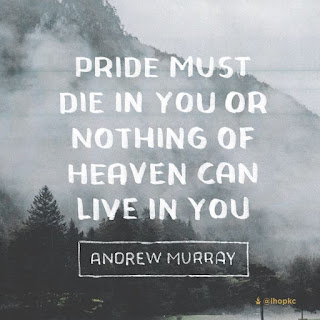 What God chooses, He cleanses.
What God cleanses, He molds.
What God molds, He fills.
What God fills, He uses.
- J. S. Baxter

Global Ministries of Arsenal of Fire


Global Arsenal of Fire Ministries calling and mission is to raise up end time disciples of Christ to be ‘Fire Starters’ or ‘Torchbearers’ to carry His fire and glory to the ends of the earth, with rapid fire and quick ignition to deliver, heal and transform lives - to shine for Jesus.

A video introduction of the global ministries of Arsenal of Fire vide the link below:-

The purpose of our website and Facebook Page is share and spread what God has put in our hearts. Our book, “The Arsenal of Fire” explains our ministries in detail, reflecting God’s end time desire, “For the earth will be filled with the knowledge of the glory of the LORD as the waters cover the sea” Habakkuk 2:14.

His light will clear the dark and doubtful minds and draw many of His people, especially the ones with calling, to receive His light and fire so that their lives and ministries will be supernaturally empowered, full of passion and purity, fearless and mighty to bring a swift transformation of lives because time is short and Jesus is coming back for His beautiful Bride soon! Hallelujah! 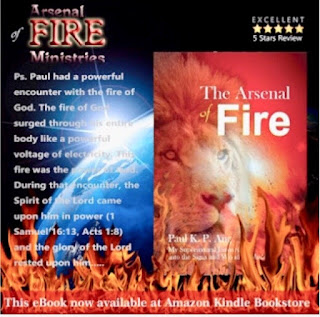 Our ebook, “The Arsenal of Fire” is available at Amazon Kindle Bookstore, Apple iTunes iBook and Kobo Book vide the link below:- 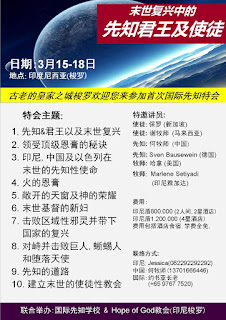 First international, City-wide Conference will be held at the ancient royal city of Solo organised by the School of Prophets International together with the Hope of God church, Solo. 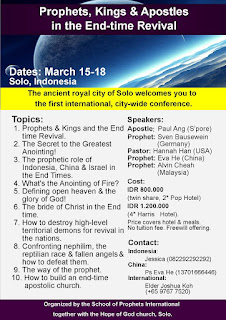 1.  Prophets & Kings n the Endtime Revival.
2. The Secret to the Greatest Annointing..!
3. The prophetic role of Indonesia, China & Israel in the End Times.
4. What's the Annointing of Fire?
5. Defining open heaven & the glory of God!
6. The bride of Christ in the endtime.
7.  How to destroy high-level territorial demons for revival in the nation's.
8.  Confronting nephilim, the reptilian race & fallen angels...& how to defeat them.
9.  The way of the prophet.
10. How to build an endtime apostolic church.

Organised by the International 515 Group.
Conference Theme:  “5778 A Date with the Holy Spirit - Behold, the Lamb of God”