Ability to hear and see in the Spirit


In Matthew 13:10, the disciples asked Jesus, "Why do you speak to the people in parables?”

"Because the knowledge of the secrets of the kingdom of heaven has been given to you, but not to them. Whoever has will be given more, and they will have an abundance. Whoever does not have, even what they have will be taken from them."

Jesus further said to his disciples in Matthew 13:16-17, "But blessed are your eyes because they see, and your ears because they hear. For I tell you the truth, many PROPHETS and RIGHTEOUS men longed to see what you see but did not see it, and to hear what you hear but did not hear it."

Proverbs 20:12
"Ears that hear and eyes that see–
the Lord has made them both." 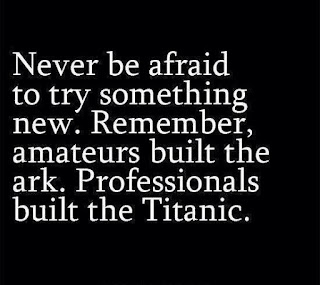 Jesus was telling the disciples that they could see and hear what many prophets and righteous men could not. Today, most anointed standing at the highest mountain on earth could not see or hear what the Lord is doing in these last days. Most prefer the old wine as old wine tastes better, so today some most powerful ministers that God is now using, will be left behind if they do not catch up with the amazing new things that God is doing (Isaiah 43:18-19). See link.

Every believer must burst through the gravity of the flesh to understand the freedom and the truth. The freedom is the truth where we knit in unity with Christ with the mind and DNA of Christ and bringing us into maturity resulting in the image and likeness of Christ (Ephesians 3:16-19).

This bursting through the gravity of the flesh is like a rocket being launched into space. To do this, we need God’s fire power which gives us the ‘push’ and free us from the gravity. Once we are freed from this gravity of the flesh, we are then free to work with God in unity and in Oneness (John 14:11). As a spacecraft in orbit can see earth very clearly, so will a man in such position can see things that other cannot see, even those most anointed standing at  the highest mountain on earth.

Sid Roth, in his Supernatural TV Show, interviewed Dr Michael Brown and asked, "How do we qualify to be holy?" Dr Michael Brown replied, "Holiness is beautiful- becoming like Jesus in thought, word and deed."

Peter did not have the mind of God and began to rebuke Jesus after He told the disciples that He must suffer many things and be rejected by the elders, chief priests and teachers of the law, and that He must be killed and after three days rise again. Then Jesus rebuked Peter. "Get behind me, Satan! He said, "You do not have in mind the things of God, but the things of men" (Mark 8:31-33).

Most of the believers are like Peter who are not aligned to Jesus in thought, word and deed, and are disobedient unknowingly so they are unable to see things in the Spirit. Once we are obedient, God will allow us to see what others cannot see. "A true love of God must begin with a delight in his holiness." -- Jonathan Edwards


Acts 19:11-12 says, "God did extraordinary miracles through Paul, so that even handkerchiefs and aprons that had touched him were taken to the sick, and their illnesses were cured and the evil spirits left them."

Sid Roth, in his Supernatural TV Show, interviewed Dr Michael Brown and asked, "How do we qualify to be holy?" Dr Michael Brown replied, "Holiness is beautiful- becoming like Jesus in thought, word and deed." 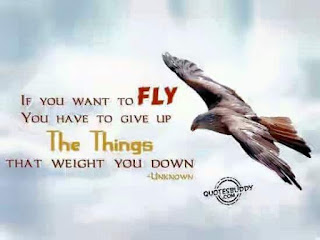 Most churches are not witnessing the manifest presence of His glory because the pulpit pastors are not trained to work with the Lord and be led by His Spirit in unity and Oneness. They want to serve God in their own way and not work with Him in thought, word and deed.

The Bible is the written Word of God. Whoever reads God's Word without the anointing of the Holy Spirit will not witness the power of God's Word. For without the Spirit of God, the Word written in the Bible is merely 'Logos' and not more than a dead letter.

The Word becomes Life and Spirit (John 6:63) Active and Living (Hebrews 4:12) and may give us the revelation when the readers read the Bible under the anointing of the Holy Spirit as the anointing will break the yoke (Isaiah 10:27) and teach us (1 John 2:27).

Logos is the written word of God and Rhema is the living and spoken word of God. The Word changes from logos to rhema in our heart, not our mind. Any revelation that does not bring us into a power encounter with God only trains us to be more religious.

God is Spirit and He is supernatural, but He needs a vessel, holy and pleasing, to work with Him in obedience to manifest His glory. Obedience is the true mark of Sonship and it takes humility to have such faith to obey God. It is one of the keys to manifesting the glory of God. Obedience will manifest the Kingdom. True humility is connected to obedience and being obedient will allow us to flow in higher levels of anointing in God.

We cannot read the Bible from our own mindset. The Bible is a spiritual book and spiritual things are caught, not taught. This means that important truths about God are spiritually revealed rather than learned intellectually.

Anyone can read the Bible. The devil is a great theologian. He knows the written words (logos) better than any great learned men of God. However, one thing that the devil does not have is the anointing of the Holy Spirit. 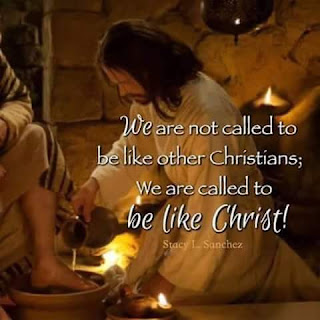 The book 'The Arsenal of Fire' was written with revelations given by Him and the Lord will back up His word with signs accompanying. When the Lord spoke to me that He will introduce His book in a seminary in California 2014, I simply obeyed and God manifested the presence of His glory which was witnessed by all in the meeting, including the Founder/Chancellor and several highly anointed five folds ministers from the renowned Seminary.

Many, including pastors, who have attended our meetings, have experienced the power of God surge through them when we introduce the book.

I blessed her with our book 'The Arsenal of Fire'. When she held the book, the fire of God surged through her and she fell to the floor. She testified that this was the first time that she fell under the fire of God.

When God introduces His servants, His ministries and His book, no human can do it better than God Himself (Joshua 3:7).

The Power of Faith


Matthew 8:5-9 says that "When Jesus had entered Capernaum, a centurion came to him, asking for help. “Lord,” he said, “my servant lies at home paralyzed, suffering terribly.” Jesus said to him, “Shall I come and heal him?” The centurion replied, “Lord, I do not deserve to have you come under my roof. But just say the word, and my servant will be healed. For I myself am a man under authority, with soldiers under me. I tell this one, ‘Go,’ and he goes; and that one, ‘Come,’ and he comes. I say to my servant, ‘Do this,’ and he does it.”

“When Jesus heard this, he was amazed and said to those following him, “Truly I tell you, I have not found anyone in Israel with such great faith. I say to you that many will come from the east and the west, and will take their places at the feast with Abraham, Isaac and Jacob in the kingdom of heaven. But the subjects of the kingdom will be thrown outside, into the darkness, where there will be weeping and gnashing of teeth.”” Matthew 8:10-12

Matthew 8:13
Then Jesus said to the centurion, “Go! It will be done just as you believed it would.” And his servant was healed at that very hour. 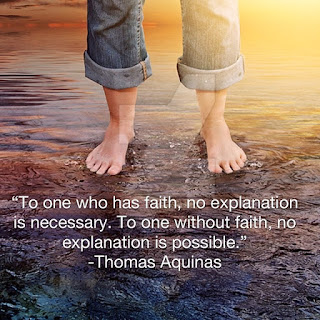 Are Christians all true believers? Today, Jesus Himself is showing up to many people of various faiths, transforming them from radical persecutors of the gospel to become fearless, fiery & radical preachers of the gospel reaching out zealously to lost souls.

Hebrews 11:6 says that "without faith it is impossible to please God, because anyone who comes to him must believe that he exists and that he rewards those who earnestly seek him."

Many followers of the Kingdom are faithless or unbelieving, because they do  not have the fullness of His love in them. Filled with just a deposit of the Holy Spirit, they are spiritual babies and have not grown to spiritual maturity, to the likeness and full image of Christ (1 Corinthians 1:3:2, 2 Corinthians 1:22).

God is love, so Christians must have the fullness of the Spirit of God so that they will be filled with the agape love of God and "that they will come to their senses and escape from the trap of the devil, who has taken them captive to do his will" (2 Timothy 2:26) through the demonic spirit of fear, doubt and unbelief, for in 2 Timothy 1:7, "God did not give us a spirit of fear, but a spirit of power, of love and of self-discipline."

1 John 4:18
"There is no fear in love. But perfect love drives out fear, because fear has to do with punishment. The one who fears is not made perfect in love."

"A faith that has not been tested can't be trusted" - Adrian Rogers. 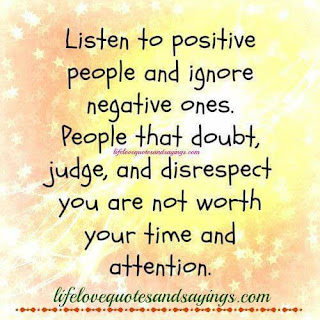 In order to have faith, Christians must be filled to the fullest with God as God gives the Spirit without limit (John 3:34) so that Christians will be led by the Spirit of God through our spirit (Romans 8:14).