I write this article in reply to some questions posed to me about why in CKRM, it is common to see people come and go. Here are some of the answers:-

My book 'The Arsenal of Fire' was written with the purpose of sharing my walk with the Lord. It is a call to return to the very basics: that is to love Him with all my heart, mind and soul and to be holy as He is holy so that my physical body is a worthy vessel to host His manifest presence.

Our God-given ministry is to build a glorious Church with people who are filled with the fullness of God, and not a church filled with lukewarm Christians warming the pews. For such a glorious Church, it is normal that there will be people who come, and later leave if they are not ready or prepared to meet God's standard of absolute purity and holiness required to be part of the last days' glorious warrior brides.

God uses humble people to host His manifest presence (glory). He opposes the proud and gives grace to the humble (James 4:6). People who are so naturally unteachable, disobedient and proud cannot stand in His awesome manifest presence. Light expels darkness so when light comes, darkness flees. This is the reason why many Christians remain in the ordinary salvation stage of kingdom level where God, as written in 2 Corinthians 1:22, "set his seal of ownership on us, and put his Spirit in our hearts as a deposit, guaranteeing what is to come."

I suppose most Christians recite our Lord's Prayer daily without really knowing what they are reciting: '…For thine is the kingdom, the power and the glory forever and ever.’ Hence many believers simply remain in the kingdom level though some may eventually cross over to the power level, if they are truly hungry.
Hebrews 11:6 says that without faith it is impossible to please God and Hebrews 12:14 states that without holiness no one will see the Lord. This is the glory level where our physical bodies hold His manifest presence.

People and even demons can identify a servant of God whose physical body hosts His manifest presence (Mark 5:2-7, Acts 16:17). 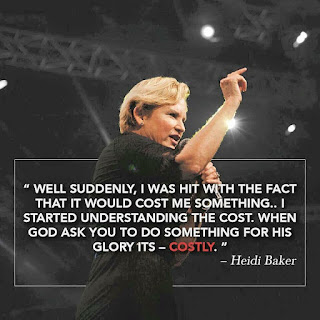 I have often been asked why at CKRM some people just come, stay for a season and leave while some stay on, fully committed to the Church and become co-workers.

The answer is this; Jesus said in John 15:16, "You did not choose me, but I chose you and appointed you to go and bear fruit–fruit that will last. Then the Father will give you whatever you ask in my name." 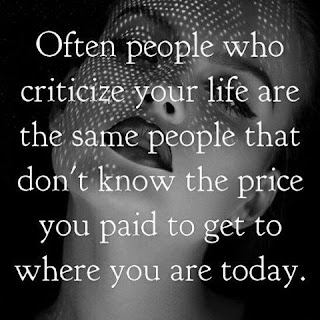 Some leave because they have been made ready to be launched out for their new season. Others leave not having passed the tests thrown at them to qualify them as warrior brides and some were even instigated to leave by those who left because they did not get what they wanted. Perhaps this will help to clarify some matters that the leaders have frequently been questioned on.

"For many are called but few are chosen."

Uncompromised Obedience in Doing God's Will


God’s call defies human understanding. For Mary, it was having a strong faith to obey the calling, despite the fact that there was no biblical precedence of a virgin giving birth. Her bold step of faith changed the destiny of the world.

For Noah, he had great faith to obey God despite knowing that he will face the ridicule of building a boat in the middle of a vast dry land which had no past history of a flood. As a result of his strong faith, he and his family survived the worldwide calamity.

God's gifts and calling are irrevocable. A Damascus Road encounter turned Saul, a murderer of Christians, into a great apostle and martyr named Paul in less than 30 seconds (Acts 9:3). Jesus' calling was to do the will of God by going to the Cross to be crucified.

After Jesus told His disciples about His coming death, Peter took Him aside and began to rebuke Him. “Never, Lord!” he said. “This shall never happen to you!” Jesus turned and said to Peter, “Get behind me, Satan! You are a stumbling block to me; you do not have in mind the things of God, but the things of men" (Matthew 16:22-23).

When Sis Esther and I answered the call of God to set up a ministry in 2007, we too faced ridicule, were severely criticized and discredited by many close Christian friends, associates and pastors. A few years later, a senior pastor advised us to rebrand our ministry's name because of its controversy. This senior pastor was so fearful of being seen to be with us that he came quietly like Nicodemus (John 3:2) to visit us to receive impartation. 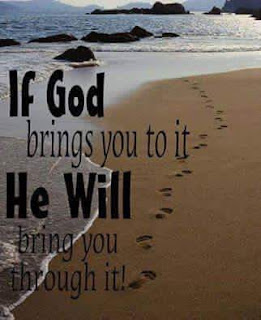 However, we stood firm without wavering. As a result, the ministry bore fruits, expanded and advanced beyond the shores of Singapore. There are so many amazing testimonies of the awesome works of God at our ministries. The fruits speak louder than any word could ever say.

The Lord does not so much reward His saints based upon their gifting as compared to their obedience, because gifting are given based on grace, but obedience is the mark of true sonship.

My testimony has encouraged many believers, not so much about the unique ways God uses me to minister but rather about how I yielded in obedience to the Lord’s voice in doing His will. 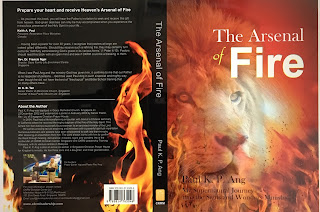 Our book, "The Arsenal of Fire" (English Edition) which provides an insight to the last-days move of God and our God's ordained ministry, will be available on the last week of April, 2016.

"In a vision I was shown cooking pots of different colors and sizes, being distributed to a multitude of people. Many of these pots were large like the kind you would cook stew in, while others were smaller, perhaps the size used for cooking spaghetti noodles. Some of these pots were brand-new while others were old and badly dented and worn. Several pots were blackened from being on the fire too often or for too long. I began prophesying to the people concerning their pots.

All of these pots came directly from the Master Potter Himself. Each one arrived at its destination, clean and shiny and waiting to be utilized. The current condition of these pots was determined by its owner’s use. Some of them were still in their wrapper because their owner had never opened the package. They were unwilling or afraid to use the gift God had given them and explore the gifts of the Holy Spirit. Others were unwrapped but barely used, and placed on a shelf still looking new but they were literally useless. The fear of man and timidity were set in the owner’s heart allowing his soul to rule over his spirit.

Then there were those pots that were dinged and dented. They looked like they had been through a war. As a matter of fact, they had been through many, many battles of war and come out victorious. They triumphed over their enemy and had the battle scars to prove it. Their owners were valiant and brave and had fought the good fight of faith.
I saw many that were blackened and full of soot from being on the open fire. Their owners chose to stay the course. When the battle got extremely hot they girded up their loins and marched forward into battle. They overcame the enemy by the blood of the Lamb and the word of their testimony. They feared not for their life and unto death they chose to stay in the furnace. All are called, but few choose to stay in the furnace.

The owner’s calling or anointing determined the size of his pot. Some were called to do little while others were called to do much. Therefore the greater the anointing, the bigger the pot. I took notice of their many different colors. Each color represented their anointing; blue for revelation, red for mercy, white for righteousness and silver for sanctification.

There were also new cooking pots being distributed to the owners who stayed the course and chose to stay in the fire. Their old pot was hanged up as a badge of honor and they were now being issued new ones. My new cooking pot was very large and white with a red rim and a matching lid. Therefore I am called to lead others to the way of righteousness and truth in this new season and the Father is my covering. 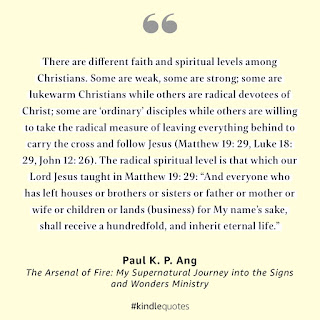 My questions to you are: what color is your cooking pot? Has it been unwrapped yet? Does it still look brand new or is it being used? Is it dinged and dented or perhaps burned by the fire? It’s always our own decision whether to stay in the fire or turn back when the going gets tough.

So the last will be first, and the first last. For many are called, but few chosen.” (Matthew 20:16)

Be encouraged because the Master Potter is polishing His wares. He is an equal-opportunity employer who plays no favorites. But He pays close attention to those who choose to follow after Him with a whole heart."