A few pastors came to have fellowship on December 15, 2017 and they introduced Rev Alvin Cheah, a prophet, revivalist and pastor to us. Rev Alvin gave Ps Esther and me some prophetic words.

Please refer to the link below for Rev Alvin’s profile and calling:-

Few days later, Alvin Cheah shared with me that he had lunch with his spiritual mentor, Dr Tan Kok Beng. Dr Tan, founder of Asia Pacific Mission which runs Bethany International University in Singapore, has set up 850 mission schools world-wide.

Dr Tan told Alvin that my book is sound and good and he has personally endorsed it. Praise God!


I have often wondered why people including highly anointed ministers of God, trembled and fell under the power of God even before I could utter a prayer for them upon their request and where is it written in the Bible about this phenomenon. Then the Lord dropped a message in my heart, “Don’t you know that Light travels faster than sound.”

HE also say in Isaiah 65:24, “Before they call I will answer; while they are still speaking I will hear.”

Moses himself was so highly gifted and anointed and yet he said that because the sight of the Almighty GOD was so awesome that he trembled with fear. When Jesus spoke again to the people, he said , “I am the light of the world. Whoever follows me will never walk in darkness, but will have the light of life” (John 8:12) and in Isaiah 66:2, “... This is the one I esteem: he who is humble and contrite in spirit, and trembles at my word.” 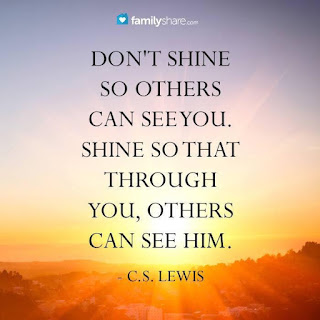 The Lord then reminded me that when we carry the manifest presence of His glory, we carry His Light because the light is the glory of God that even demons could see like "when he (the demon-possessed person) saw Jesus from a distance, he ran and fell on his knees in front of him" (Mark 5:6). Acts 16:17, This girl followed Paul and the rest of us shouting, "These men are servants of the Most High God, who are telling you the way to be saved."

Once, I sneaked into a meeting conducted by a well-known prophet in a seminary. After the meeting, the prophet, whom I met for the first time, called me to the altar to receive a word from the Lord. After he had finished delivering a message to me, he handed over the microphone to me, asking me to pray for him. Before I had finished the second sentence of my prayer, the power of God threw him onto the floor. With the guest speaker on the floor, the president of the Seminary then told me to minister to the congregation.

Global Arsenal of Fire Ministries calling and mission is to raise up end time disciples of Christ to be 'Fire Starters' or 'Torchbearers' to carry His fire and glory to the ends of the earth, with rapid and quick ignition to deliver, heal and transform lives - to shine for Jesus.

His light will clear the dark and doubtful minds and draw many of His people, especially the ones with calling, to receive His light and fire so that their lives and ministries will be supernaturally empowered, full of passion and purity, fearless and mighty to bring a swift transformation of lives because time is short and Jesus is coming back for His beautiful bride soon. Hallelujah! 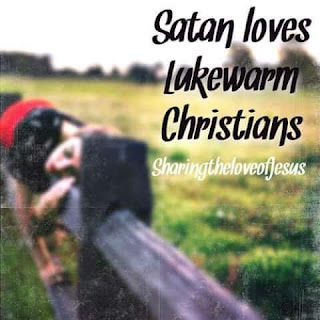 The outpouring of His love and power will be unprecedented. But many Christians and churches will miss out on this because they are lazy and sleeping. They are the foolish virgins who won't  have enough oil when the Bridegroom comes: Then the 5 foolish virgins said to the 5 wise ones ‘Give us some of your oil, because our lamps are going out.’ ‘No,’ they replied. ‘There won’t be enough for you and for us. Go instead to those who sell oil and buy some for yourselves.’ I hope that you will be ready for the coming of the Lord. Let His light shine brightly in 2018!

A Blessed New Year to all of you!

As a junior minister, my name was not on the list of speakers for the conference. However, during Rev Liu’s speaking session, she invited me to the stage to minister to the congregation. God had a way of doing amazing things to serve His purpose. The power of God suddenly came upon me mightily and set the entire conference on fire, much to the surprise and amazement of the attendees witnessing this awesome work of God!

Having witnessed the apostolic anointing (2 Corinthians 12:12) that was then upon me, the Lord spoke to Dr Tan Kok Beng that my name ‘Frank’ had to be changed to ‘Paul' thus beginning my painful journey of being a new ‘Paul.’

When the light flashed upon Saul transforming him to Paul (Acts 9:3), he had to go through severe persecution, which was the price tag to carry His Cross. Praise God!

Dr Tan K B, who has a Father’s heart and who has already set up 850 Mission schools world-wide, shared this testimony to encourage me:

All glory to our Lord!l


We praise our Almighty God for His grace and blessings upon Arsenal of Fire Ministries (AOFM). In the last few months, we've been blessed to witness God's sovereign power at work in many places which AOFM had the privilege to minister. We saw many of God’s people empowered with the Baptism of Fire (Matthew 3:11, Luke 3:16). Many of them were supernaturally touched by God and fresh zeal and strength came upon them (Romans 1:11). They experienced a renewed empowerment in their ministries which have increased their harvest of souls in these last days (Romans 1:13).

We're humbled by this experience and we would like to share God's blessings to His church. During this season, my ministry partner and I will be in Singapore and we would be happy to have God’s people especially, pastors and the five-fold ministers to come to our AOF Ministries, Singapore to receive the baptism of Fire and the Living Water.

This article will provide a deep insight into our AOF Ministries and calling:-

This link https://arsenaloffire.blogspot.sg provides many awesome testimonies by God’s people including apostles, prophets, healing evangelists, teachers and pastors who bear witness of how their ministries have become more impactful and effective after being empowered at AOF Ministries in USA and other nations.

It is more than being in the presence of God, or being filled by the Spirit of the living God but carrying the manifest presence of His glory when you receive the Baptism of Fire and the Living Water. This makes all the difference (Exodus 33:12-18).

To God be the Glory!

God’s Message to us through His messengers


The Arsenal of Fire Ministries are to release His fire, glory (2 Chronicles 7:1-2) and imparting the Lion of Judah’s anointing (Isaiah 42:3, Jeremiah 25:30, Hosea 11:10-11, Joel 3:16, Amos 1:2, 3:7-8).
to five-fold ministers so that their ministries will be more impactful and effective in transforming lives with swift, awesome healing and deliverance.

The Book of Revelation reveals that when the voice of the Lord roars, shakings and judgment will begin on earth (Revelations 8:5, 11:3, 11:19, 16:18). God releases His Roar from the belly of His people today. These manifestations result after an impartation of the anointing. Please read the article vide the link below for more insight:-

Ps Katherine Low came to our AOF Ministries on 9 December. The Fire of God surged through her powerfully and the Lord gave her a message to share that AOF is a power wave - the 4th wave of the Holy Spirit that Christians should come to drink the living water.

Pastor Ruth Eng also shared a message. They are spoke under the anointing of the Holy Spirit. Listen to their messages:-


All glory to God!


We were invited to speak to about 40 pastors at a conference. One of the pastors invited us to speak in his church and addressing the congregation, he told them to witness a ministry that ‘no eye has seen, no ear has heard ...’ (1 Corinthians 2:9).

1 Samuel 16:14 says that, “Now the Spirit of the Lord had departed from Saul, and an evil spirit from the Lord tormented him.” In 1 Samuel 16:23, “Whenever the spirit from God came upon Saul, David would take his harp and play. Then relief would come to Saul; he would feel better, and the evil spirit would leave him.”

Here are some videos of awesome healing, deliverance and impartation when the power of God came upon a keyboard player and a drummer after I have anointed their hands and the musical instruments, as led by the Lord.


Praise God for His awesome works!