I met an old acquaintance recently at a friend's birthday dinner in Petaling Jaya, Malaysia. He is the Chairman of Family First Malaysia where God has called and placed him, just as the Lord has placed my ministry partner and me in the Arsenal of Fire Ministries (Jeremiah 50:25), like an army general who is positioned at the front-line battle. We should all be at exactly where God puts us.

King David had an affair with Bathsheba. Bathsheba became pregnant and David was trying to have Bathsheba's husband return home to her but Uriah slept at the entrance to the palace with all his master’s servants and did not go down to his own house (2 Samuel 11:9).

When King David asked him why he did not go home, Uriah replied, "The ark and Israel and Judah are staying in tents, and my master Joab and my lord’s men are camped in the open fields. How could I go to my house to eat and drink and lie with my wife? As surely as you live, I will not do such a thing!” (Verse 11).

Uriah was committed to the Army's command to stay at the battle field. As a result, David had to scheme an evil plot to kill him.

Bruce Allen is correct when he says, "If you want an anointing like Paul had, you will have to go through the enormous trials he had as well. Don't be surprised when the religious zealots come after you." 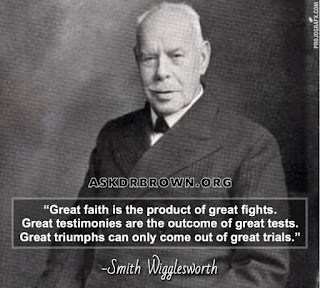 You can be assured that God will send such people to work like sandpaper to scratch and hurt you. But later, you will be shining and polished and the sandpaper, after scratching you for a time, will lose its effect and end up being useless.

One good example is Haman (Esther 7:10) who plotted to have Mordecai hanged in the gallows, but the end result turned out to be completely different to what he had planned. Mordecai was instead honoured and exalted whilst Haman himself was hanged on the gallows that he had prepared for Mordecai.

Many are called to work with the Lord in the Body of Christ in different ways. Let us respect one another for the calling that God has put in our hearts as we are all accountable to God.

Jesus told the disciples in Matthew 19:12, "For some are eunuchs because they were born that way; others were made that way by men; and others have renounced marriage because of the kingdom of heaven. The one who can accept this should accept it.” 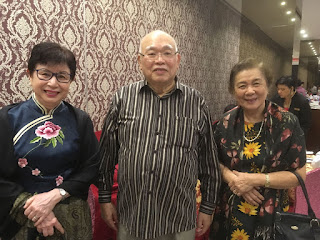 It was wonderful to meet some distinguished top leaders of Malaysia's largest and most respected Churches at Ps O. K. Thian's 80th grand birthday dinner. The late Dr Koh and the late Elder Ang founded Full Gospel Assemblies (FGA). Madam Ang, the late Dr Koh's wife, shared with me how FGA was founded 37 years ago. Both widows of the late founders told me that as an 'Ang' myself, we are cousins and I have now a family in Kuala Lumpur and they have extended a welcome for me to minister in FGA again. Praise God!

Elder Dr Ng Soon Gan, a Cardiologist & Physician at Pantai Hospital, shared with me that our book, The Arsenal of Fire, is awesome. He mentioned that once he began reading, he could not stop and that he has read 3/4 of the book.

In three days, our stock of 430 books available in Malaysia have been sold, which FGA bought the remaining 270 books for sale to their members.

I trust in God. A renowned prayer house in New York is using our book for devotional studies with their attendees and a man of God in California has requested my consent to turn the book into a 40 days devotional. I believe this book will be used as a devotional by many churches. God speaks through this book about the Holiness movement and the anointing of these last days, and why every Christian need the Baptism of Fire and to be empowered. Glory to God! 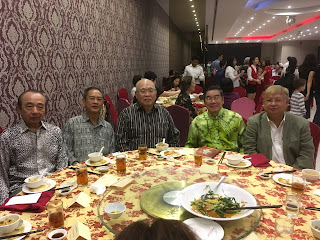 At the dinner table, Dr Chew Weng Chee, Senior Pastor of SIB Church gave me a word that God has sent me to be an apostle to USA.

Paul K. P. Ang was invited to minister at Full Gospel Assemblies (FGA) Kuala Lumpur on the 'Fire Friday' (Jan 6, 2017) organized by the FGA for all their leaders, home fellowship group. 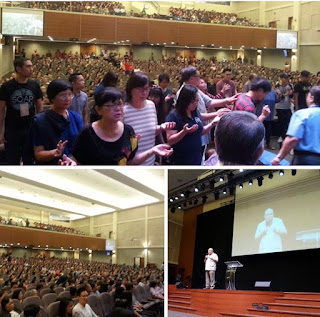 The ministry was awesome with excellent feedback


"Our Almighty Gracious God has opened 2017 with a Big Bang in FGA for your ministry. …I myself am pleased to be a part of this History-making event and all my church elders are happy and encouraged that signs and wonders are imparted to everyone who wants a touch of God. Another record for FGA that everyone was prayed for and the meeting started at 8:30 pm and with request to attend due a full house attendance and many lined up for prayer, the meeting ended at 11.30pm. FGA is so blessed."


Chairman of FGA, Kuala Lumpur Elder Dr Ng Soon Gan, a Cardiologist & Physician at Pantai Hospital, shared that the book, The Arsenal of Fire, is awesome. He mentioned that once he began reading, he could not stop and that he has read 3/4 of the book.

In three days, the stock of 430 books available in Malaysia have been sold, which FGA bought the remaining 270 books for sale to their members.

Elder Dorai was the full time elder executing the full running of this church. He shared a testimony vide the link below:-

To God be the power and glory forever and ever! Amen!